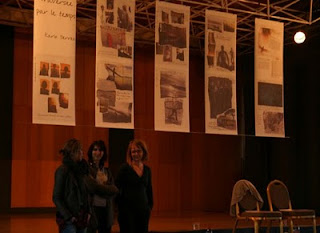 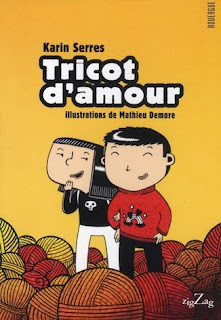 
The translation into french

Being a playwright deeply fond of languages, the reason why I have plunged since few years in the theatrical translation job is because it appears to me as the perfect meeting point between traveling through languages and playwriting : it’s a matter of words as much as of rythmics, you have to think as much as to trust your instinct, and the dialogs of a play matter as much as its shadow zones, its non-written text, its “holes” let free by the playwright for the future directors and actors.

When we are translating a play, we have to translate simultaneously the two parts of the play : the rational one and the intuitive other. And this network has to be passed to the target-language for the bodies and voices of actors born in a different culture from the original one. So the text and the context have to be bound in a new original theatrical language that embrasses all these aspects.

The question of language radiates on three counts from the heart of this great and original theatrical project :

- How to translate a text AND its context ? : contrarily to the young german audience, the french teenagers don’t know anything about the recent yougoslavian history/geography, and they ignore even more the context of the exile to Berlin. How to chose the right words for them, meaning : how to keep the original light telling way, but yet giving the indispensable keys to understanding to the audience, and without falling into didactism ?

- The deep structural differences between French and German : rythmics, building, order of the words and complexity of the sentences/way to speak…aso. How to keep the original rythmics and energy lines without sticking to the German structure, in order to reach the same clear thought/speach in French ?

- The status of the text in both theatrical processes : it’s a material that you can adjust on stage in Germany, and an almost untouchable heart of the process in France. How to respect totally the essence of the play and its language in a French way but using the spaces specially meant as adjustable in the German way ?

2) The language = flesh and spirit of the theatrical characters :

- The language as an expression of an individual character : to spot and to pass the personnality, the phrasing and the breathing of each role to the French version, so that the two actresses can build their character on them.

- The deep bond between our motherlanguage and our way of thinking, of describing the world and ourselves : to focus precisely on each different age of the characters, on their specific way to name, to evocate or to bypass the war, and on their specific reactions and emotions, so that the actresses can draw the flesh and the spirit of their character from it all along their (his)story.

- Finally, the freedom and the potential rebirth given by speaking a new language : how to transmit the extraordinary love song to the German that irradiates this play on, to the French audience ? What amount of this foreign language can we keep, which is constituent of this play and its story but will be incomprehensible for a part of the future French audience ?

Her language and playwriting can seem simple and realistic but it conceals also a huge inner strength, very precise rythmics, lots of temporal levels bound in an intuitive and accurate way radiomontage alike, a very theatrical thought/spoken writing, subtly dotted echoes, a great art of alternated humor and tragic… aso. The more I’ve worked on this play, the more I’ve found new levels of sense, writing, sensitivity and theatricality.

So the challenge was to gather all these datas together, to transmit all the richness of the original text into my mothermanguage, with the same fictionnal, political strength, which was deeply theatrical, and the same subtlety.

To do that properly, we have taken time :

In may 09, our two teams met at Théâtre de l’est (Paris) during a workshop that launched our first german-french common thought and revealed in a concrete way very constructive cultural differences. The text-material was already quite clear for Pamela, who used all our remarks and questions to sharpen it live. After interesting talks, we decided together not to transpose the context of the exile to France (it would have given a totally different play) and to keep this love song to the German, the challenge being to share it with a french audience that would’nt always speak it.

After the usual questions of pure translation, Pamela and I have also worked together, looking for everything that could become dark, abstract or double-minded in french ; trying to understand the deep meaning of this theatrical hearts of the action, and to find their equivalences for a (young) french audience, so that we could chose the rightest word in french for Pamela. As with the titel : we had 3 possibilities and we choose “Champ de mines” instead of “Terrain miné” or “Zone minée” because this very expression evocates also the soil of Emina’s grandma’s garden (champ = field) and the homophonic „Chant d’Emin(a)” (= Emin(a)s’ song…)

B) Final translation in solo

End of June 2009, Pamela sent us her final version of “Verminte Zone” : it touched me by its even deeper rightness, its new strength, its maturity, and I dived again in it in solo, with the usual necessary “deposits” between each read-through, in order to reach the best accuracy. It has something to do with living in the german sentences, in the german characters and juste slide to their french inner doubles. End of the summer 09, I finished my (temporary) final translation of “Champ de Mines”.

C) Final translation in duo, for the future work on stage :

Begining september 09, Anne Contensou and I worked one week long again on this (almost) final translation, to find an even better free flow for both the actresses and the audience. A very intuitive work again : reading loud the french version together, jumping on every bump, asking ourselves : is it a stimulus or a blur zone ?, and, depending to the answer, modifying the translation or not. At the end of this week, we finally get to the (temporary) final translation of “Champ de Mines” number 2.

D) The Version To Play :

Then this version n°2 has been even more accurated with the actresses during the first week of rehearsals, by answering their questions, by trying this text in their mouthes, in their breathings, in their bodies and by verifying that all the supports put by Pamela were accessible and clear enough for them. We precised in particular the binding words and all the punctuation, and we got the final translation of “Champ de Mines” (alias n°3). Because this last version was a bit too long, we did a few cuts and it became finally The Version to Play.

Today, the day before the the Premiere Eve in Paris, I feel like having really accompanied this great german play to its french Version to Play, as a french go-between-playwright. I devoted my whole experiment of playwriting in french to this accompaniment, ego on its lowest, practice and intuition on their highest.

Through this passing-translation, I discovered and tamed Pamela Dürr’s language with a lot of curiosity, interest and emotion. Now I would read another plays of her, to let this theatrical relationship go further through words, so that I can understand deeper and by working again on it, this theatrical language that touches me.

More than its big artistical, political and poetical value, and the real interest of this new and full of prospects “Klassenzimmerstücke” concept, this CTE project I’m feeling lucky to have taken part of reveals two major steps in a right translation of a play, to my mind :

- A preliminary share of the most large, active and deep common territory between the participants from the different cultures, meaning understanding the more differencies we can, to work with them as a richness

- AND taking time, which seems to me indispensable to reach, level after level, a real understanding of a text and its largest context. 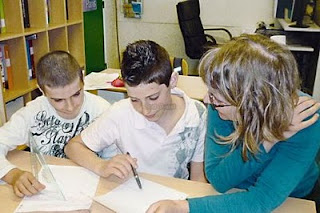 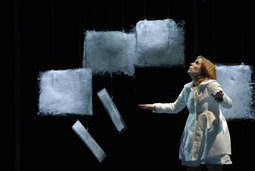